Create a new project (in any path) and introduce the following commands in the Tcl console to generate the static system block design: 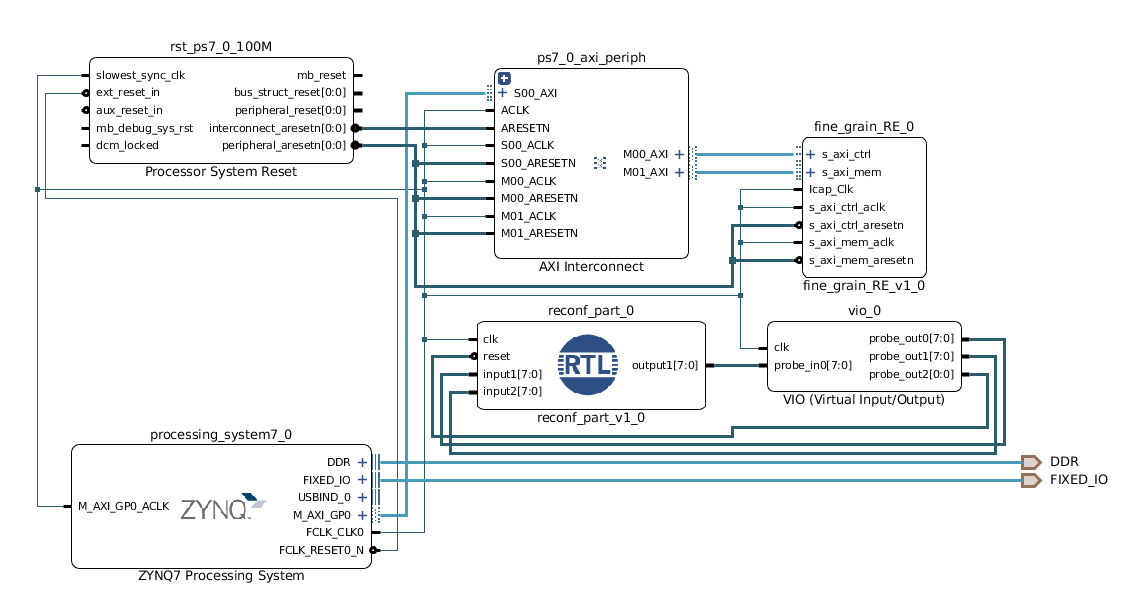 Then, generate the wrapper of the block design (right-click in the block design file -> Create HDL wrapper) and ensure that it is marked as the top source. Click the Run Synthesis button and wait until the synthesis step finishes. Open the synthesized design and write a design checkpoint inside the folder <path to IMPRESS>/examples/sources/fine/design_time/static/synth_checkpoint/static_system.dcp

Implementing the reconfigurable system with IMPRESS

This generates a folder called IMPRESS_build that contains synthesis & implementation checkpoints and the static and partial bitstreams.

Now we are going to design the software program in charge of downloading the partial bitstreams. First, open the Vivado project where we built the static system sources in the first section of this tutorial. In order to build the software it is necessary to export the hardware. To do so click File->Export->Export Hardware->Ok without marking the include bitstream option. Now click in File->Launch SDK.

Once in the SDK, create a new project by clicking File->New->Application Project. Name the project fine, click next and select Empty application.

We have to modify the system.mss in the BSP to include the generic fat file system library which allows using SD memory cards. Open the system.mss file and click Modify this BSP’s Settings and select xilffs. In the xilffs tab change use_lfn to true to allow long names.

Now we have to import IMPRESS run_time source files to the SDK project. Import the files xc7z020 (.c and .h) and series7.h from <path to IMPRESS>/run_time/FPGA_templates and files IMPRESS_reconfiguration (.c and .h) and reconfig_pcap (.c and .h) from *

In fine-grain reconfigurable systems we have to fill the following parameters:

lscript.ld In this file it is necessary to reduce the amount of memory RAM that the program can use so that ps7_ddr_0 base address + size equals INITIAL_ADDR_RAM. Doing this we ensure that memory RAM from INITIAL_ADDR_RAM address is free to use to store partial bitstreams.

Once the source files have been imported into the project we can test the system in the FPGA.

First connect the board (e.g., PYNQ or Zedboard) to the computer. Insert in the board an SD memory card with the partial bitstreams stored in <path to IMPRESS>/examples/fine_grain/impress_build/BITSTREAMS/. Right-click in the project and select debug as->debug configurations select the last option (system debugger). In the bitstream field select browse and select the static bitstream stored in <path to IMPRESS>/examples/fine_grain/impress_build/BITSTREAMS/static.bit. Check reset entire system and press Debug. 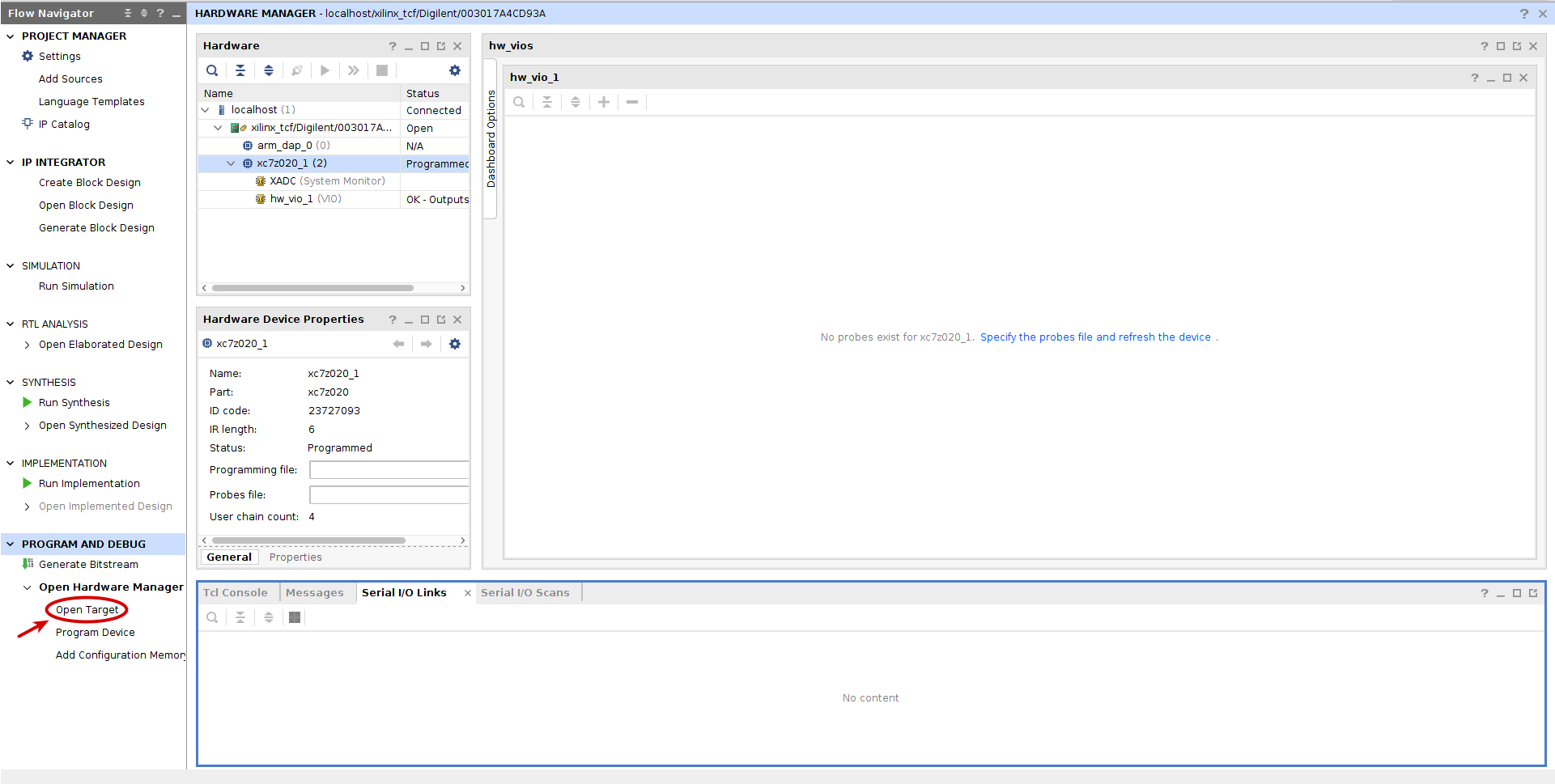 Click the Specify the probes (.ltx) file and refresh the device. button and select the probes generated under the static bitstream folder at <path to IMPRESS>/examples/fine_grain/impress_build/BITSTREAMS/static_probes.ltx static_probes.ltx*. Add all the probes and give different values to probes vio_0_probe_out0 and vio_0_probe_out1. vio_0_probe_out2 is the reset signal of the reconfigurable module and its value should be 0. Check that the value of probe reconf_part_0_output1[7:0] is (probe_out_1 + 5 (first constant in top module)) & 0x83 (constant in bottom module)

NOTE: in this tutorial it is not necessary to reset the module to ensure that the module works correctly but this may be the case in more complex reconfigurable modules